One K Global Peace concert in Manila is less than a month from now but I can already hear the freaking shouts and cheers from the crowd. I can see the colorful light sticks waving, swaying in the air, colorful objects waving together that resembles the stars in the sky. Sparkling and beautiful. We usually call it wave. Different fandoms, different colors. I can also feel the heart beats, the shivering and the unexplained feeling that strikes you whenever you see your bias on stage. And I can ever hear my best friend’s shrieking voice ringing in my ear. Being in a Kpop concert It’s like everything. Well, a lot don’t understand what it feels like being a fan girl but… well..as we always say.. the hell we care.
People call it being crazy, We call it fangirling.
People call it nonsense, We call it fandom.
People would critic, they can say the worst but we don’t give a damn. Honestly. (Seriously)

To those ticket holder, here are some tips on how to survive One K Global Concert on the 2nd of March.

1. If you’re a SVIP–standing– ticket holder, the area you’ll be in whether in front or at the back, it will depend on how early you queue before the concert. Some fangirls will queue as early as 8 in the morning. If you plan to queue early make sure you bring food, drinks and some candy in case you’ll get hypoglycemia while in line. And have a friend with you in case you will have to go to the restroom, you can have your friend to queue on your behalf, of course make sure you take turns in going to the restroom so that you can still have your place when you go back. When you plan to go alone during concerts then just die die die… no one will bother to save your place when nature calls.

2. In case you don’t want to bring food with you make sure you have fast food delivery numbers. Some fast food chains do deliver in your area in case you will get hungry.

3. If you’re in a planned sitting area then there’s no need for you to go early as your seat won’t be taken from you since it’s already been saved for you.

4. For those who want to give gifts for their oppas make sure it will be small and light so you can have the chance to throw it on stage. But I don’t encourage it because sometimes it can ruin the performance and sometimes, I mean most of the time you can hit someone with that.
Sometimes organizers put boxes outside where you can put your gifts and letters. But now its seldom that they do that because some gifts are so heavy and big and your bias cannot bring it with them when flying back to korea. Airline Rules. Over baggage and all that.

6. Make yourself a banner. Make it more personalize as much as possible. Because it might get the attention of your bias if your banner is a bit different from others. You can use bright colors such as pink, blue or green. If you have extra money you can order LED banner.
Do watch out for your fandom admins also. Most of the time they will give and distribute banners for you to use and keep after the concert. Some fandom will have their fan project using banners. Don’t worry if you don’t know when you will raise it. Usually they will update your fandom page for instructions or others will put the instructions at the back portion of the banners for you to read.

7. Do wear your fandom tee so that people can recognize which fandom you’re in and which group you’re following. Sometimes you can gain instant friends by doing that. And for the record, please refrain from wearing fandom shirt which is not in the line up of artist who will perform. It’s a sign of Respect for others.

8. Pee before the concert starts.

9. Make sure you have enough battery for your cellphones and digicams. Bring power bank if you have one. And if possible do bring an extra memory card in case you will run out of memory. But do not bring DSLR and other high quality cameras as the production and staff wont allow those. Some countries won’t even allow taking photos with your cellphones. But as what I know with Philippine concerts. Yes, they do allow taking photos.

10.Learn your fanchants so that you won’t get lost during concerts. You can learn fanchants on youtube or you can google it.

11. Have a pain killer in your pocket in case you’ll get an upset stomach or headache.

12. Coffee lovers refrain from drinking coffee during queue. It will make you pee often. 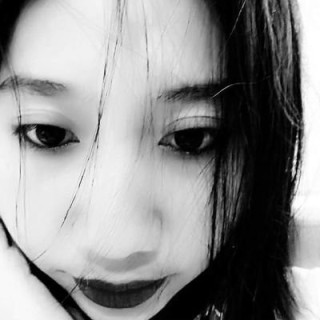